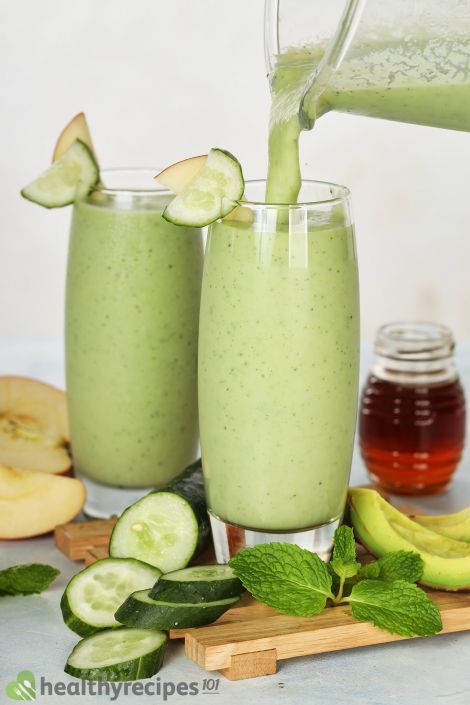 Our cucumber smoothie recipe is a combination of multiple fruits with different flavors and textures to create a refreshing and satisfying drink.

Since cucumbers contain large amounts of water, the main effect of this cucumber smoothie is that it may help keep you hydrated.

Secondly, although it can only provide a small amount, this smoothie contains some key nutrients such as riboflavin and vitamin K.

In addition, this smoothie contains no added sugar because the red apples we added are naturally sweet. That means a minimal calorie count per serving even though it seems so satisfying and sugary.

1. Do You Peel Cucumber before Blending?

No, we don’t. Cucumber skin is thin, edible, and blends well into the smoothie so there’s no need to peel it off beforehand.

By the same token, you don’t need to remove cucumber seeds either.

2. Can You Use Frozen Cucumbers for Smoothies?

Freezing cucumbers is a great way to preserve them and frozen cucumbers are excellent for smoothies. If you want to freeze cucumbers, we suggest preparing them as follows:

How to Make a Cucumber Smoothie

The most laborious task in today’s cucumber smoothie recipe is to prepare the fruits and herbs.

First, rinse the cucumbers, apples, and mint under running water. This step is to get rid of any dirt. After that, pat them dry with a kitchen towel and set aside.

Cut your cucumbers into slices — about ½-inch thick — so that they can blend more easily. Put them in a bowl and move on to the next ingredient — apples.

Using a peeler, remove the skins from the apples. Cut them in half, remove the cores, and continue to cut each half into chunks. Put them in another bowl and set aside.

To prep the avocado, cut the fruit in half lengthwise, remove the pit, and scoop out the flesh. Now, it is ready for your smoothie.

Measure the remaining ingredients and put them all into the blender:

Blend all the ingredients.

What Goes Well with Cucumber in a Smoothie

As you already know by now, we incorporate apples and avocado into our cucumber smoothie recipe. They’re some of our favorites, but there are other delicious and nutritious ingredients you can try:

Among these ingredients, blueberries and spinach happen to be among the main ingredients in one of our favorite healthy green smoothie recipe. That smoothie also contains mangoes and bananas, giving you a satisfying tropical taste in every sip.

When making smoothies, you want to be wary of dairy ingredients such as whole milk or Greek yogurt. They tend to go bad very quickly and will affect the quality of your smoothie as well.

Because our cucumber smoothie recipe does contain whole milk, it’s best to consume it within 24 hours.

If you don’t plan to drink it right away or end up with leftovers, though, you can refrigerate it. Remove your smoothie mix from the blender, transfer it to an airtight container, and store it in the fridge immediately.

Don’t worry if some of the ingredients appear to separate. That is just the fiber and pulp settling at the bottom of the drink. This situation will occur with most fresh fruit beverages. Just stir or shake it up and it’s good to drink.

Keeping the smoothie in the freezer can expand its shelf life to two weeks or even a month.

We recommend enjoying it as a fruity ice cream instead of thawing it back to liquid form. Once defrosted, the quality may not be as pleasant as before. 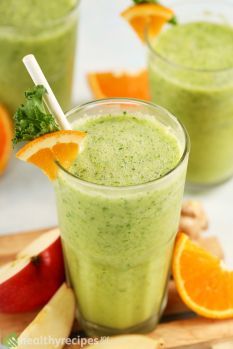 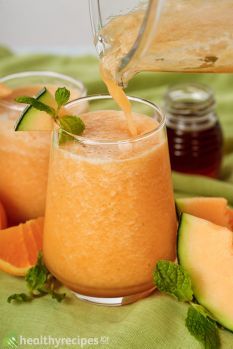 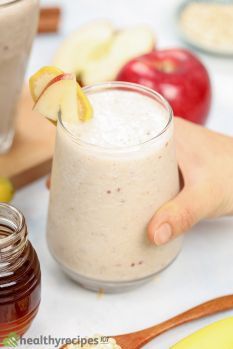 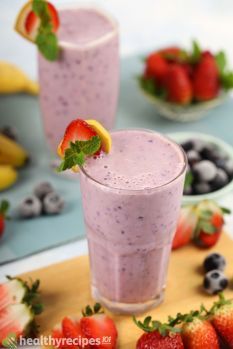 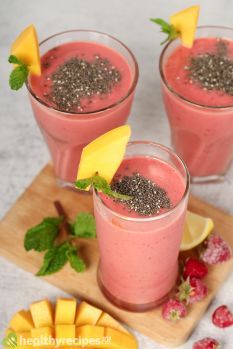